connecting...
Google translation for articles :
1 NEMBER donated to you!! 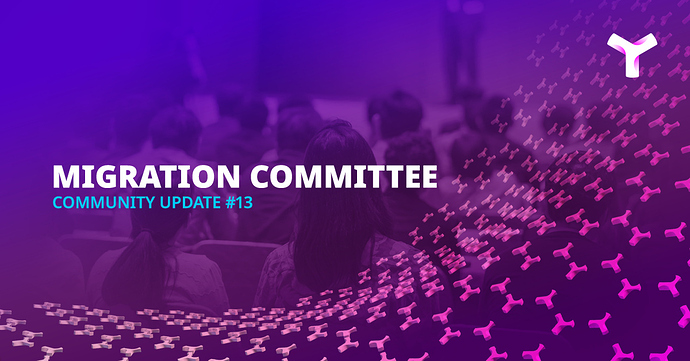 This is a joint message for our community on behalf of the Symbol Migration Group, composed of The NEM Foundation, NEM Studios, NEM Ventures, and Tech Bureau Holdings.

As of recently, NIS1 discussions have taken a seat at the forefront of the Migration Committee agenda. We have illustrated in the past (in response to community sentiment), that we would move forward with Symbol development without forgetting about the NEM network that started it all.

A patch release was performed on the server for version 0.9.3.2. This small patch covers an upgrade to the rocksDb version with a bump to v6.6.4. Release images have been posted and related image references updated in the testnet bootstrap tool.

The team is working towards completion of the next major update, currently targeted to be the 0.9.4.1 release. This update will bring a large change to peer/server communications which will be switching to leverage the TLS 1.3 standard.

Progress continues to be made on the tooling for powering the opt-in process. The latest work effort has been around updating to support the changes introduced in the 0.9.3.x version of the server, specifically the update to no longer support backwards compatibility for NIS1 keys. The 0.9.3.x updates will be completed soon with work effort then turning towards finalizing the UI/UX flows and functionality for both the nano wallet plugin as well as a targeted mobile opt-in application. Once ready the team will be aiming to release a NIS1 testnet version for final pre-release testing and collecting feedback from the public.

The mobile wallet is nearing completion and readiness for external testing. For those that have signed up to participate 5 thanks for doing so and being patient. The team is targeting beta feature complete this week. From that point final steps will be applying branding updates, similar to the recent branding updates applied to the desktop wallet, then setup and sharing for external testers.

Our latest desktop wallet (v0.9.6) saw to a few fixes and additions as well. For more information please go here 7.

General testing of the various components continues. One new effort that will begin this week is a public testing campaign on the platform HackerOne. For those interested in participating please sign up there (https://hackerone.com ). The campaign will go live this week.

Thanks for your continued support,

Why don't you get crypt currency 'nem' by posting your blog article?

nemlog is blog posting service which has donation feature by crypt currency nem.
nemlog was launched to create environment which can be donated nem among NEMbers via blog articles.
Let's get nem by posting good blogs.

Nem prize event is being held frequently, Please join us on this opportunity!

NEMber who posted this article

Why don't you read following articles?